About Ron Capodanno, the Promotor for the Mid-Atlantic Classic 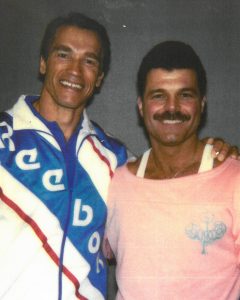 Born in 1950 Ron’s role models were famous boxers and old-time bodybuilders so he started training in his basement and using a speed bag. Ron opened his first gym in the basement of the church he attended in New Brunswick, New Jersey in 1980. In 1982 he opened the first Gold’s gym on the East Coast. From there he started his career as a promoter, promoting the NPC Golds Classic Championship from 1983 to 1992. 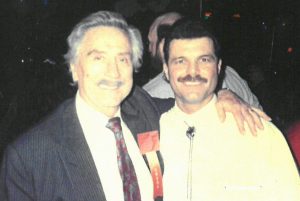 Certified powerlifting Judge and Trainer too many competitors and athletes throughout the years.

Ron Capodanno’s Muscle Mill was one of the best known old school, hard core muscle gyms on the East Coast. There are so many champions that have come through Ron Capodanno’s doors and worked for him including IFBB Stars:

Numerous NPC State and National Champions and superstars from the pro wrestling and powerlifting world including:

Ron Capodanno is a beloved figure and icon in NPC East Coast history, with over 37 years of mentoring and motivating NPC/IFBB Champions and promoting NPC National & State level competitions.

Ron’s proven track record and running first class events to put the athletes first can be seen in his commitment to running the NPC Mid Atlantic Classic for 25 years.